The Tayman goes to Sherkin Island 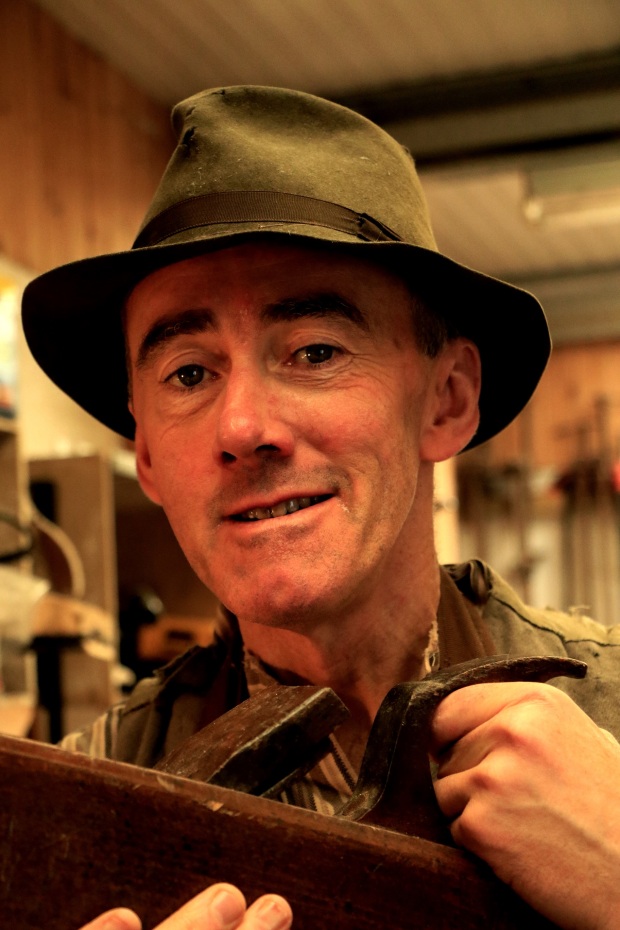 Jack Healy, founder of Cork-based Theatre Makers, will perform The Tayman, the Tomcat and Others at Sherkin Island Community Hall on Saturday 25th November at 8pm.

An additional ferry service will run after the performance from Sherkin island back to Baltimore at 10:15pm so it’s a perfect opportunity to catch this one-man play with the island community. It’s certainly giving me a great reason to visit Sherkin Island – and to check in with the WordPress community here as it has been a long time since I have posted anything.  We have a lot of catching up to do…

But back to the show, based on the stories of Eamon Kelly, The Tayman, the Tomcat and Others was written by Jack Healy and Cork-based director and playwright, Ger Fitzgibbon, who have put the show together to give a new lease of life to these great stories.

Eamon Kelly was a household name in Ireland in the second half of the last century. He was an Irish, Tony Award nominated actor, famous and beloved, largely through the media of TV and radio as the Seanachai or storyteller. His stage shows were also a great success throughout the country and beyond.

Jack said: “In this role, he regaled delighted audiences with tales of his childhood in Gneevegullia in Kerry. As his popularity grew, he became a repository for stories of all kinds with fans from all over the world sending him tales in the hope of having them included in the repertoire.

“It’s a real privilege to give a new lease of life to these wonderful stories and to take the performance to the Sherkin Island community.”

The performance has been grant-aided by Cork County Arts Office and is happening by kind permission of the Kelly family.

A little bit about Jack:

Jack Healy is a Cork City based actor and playwright. Most recently he played the part of Michael in the acclaimed production of “Dancing at Lughnasa” at the Everyman Palace, Cork. He played Joxer in the 2016 Everyman Palace production of “Juno and the Paycock”. He has also toured a number of other one-man-shows; The Great Hunger by Patrick Kavanagh and his own play Shostakovich, based on the life of the Soviet composer.